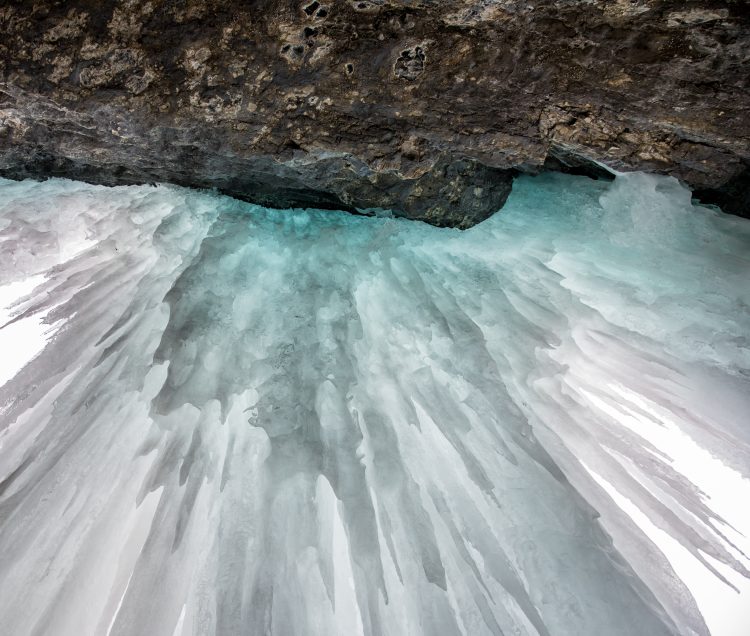 I am sitting here, on the 14th of April about to write about my experiences in Canmore so far. It’s partially taken this long to write due to the fact we have been so busy and haven’t had much spare time. It is also partially because I have never ‘Blogged’ or written before and starting something like this gives me hesitation and makes me almost nervous. Which, if you think about it is rather silly as climbing mountains is far more dangerous than writing a blog. But the introduction seems so important, so instead of procrastinating any further, this is it.

The first day of the three month semester started with a ‘Meet and Greet’ of the staff of Yamnuska and the fellow students I would be spending three months with nearly every day, some would be within an arm’s reach daily during the entire course. Oddly enough our group seems to have clicked really well together, and the ‘sensitive’ subjects of bodily functions and odours has been discussed in too full of detail. So this has helped the mood and comfort of the group remain easy so far I think.

The excitement of every single person in the room on the first day was incredible. Every student there; whether they had the goal of becoming a guide, or just learning more and safer mountain skills, was beaming. Even the guides who have been doing this for many years seemed excited for the new semester.

You might have noticed I am referring to the excitement as ‘was’. Its not that were not excited anymore, we are beyond excited! But the physical demands of the course are wearing people. Blisters, bruises, flappers and cuts, muscles and stomachs all taking their toll. Thankfully most of the group is younger than me, so it wears at me even more trying to keep up at times. Thankfully.

The next three weeks consisted of the “Ice” section. Ice climbing is the sport of climbing columns of ice hundreds of meters by kicking two small spikes on your toes 6mm into the ice, and hammering an ice axe into the surface of the ice and holding on. Sounds fun right? I found the ice climbing to be one of the most amazing experiences ever.

A crampon is device you strap to your boots to shred your expensive climbing pants with.

We started our ice climbing training with basic crampon use. A crampon is device you strap to your boots to shred your expensive climbing pants with. It’s also to provide the ability to walk on or kick into ice and snow, even placing a toe spike on rock ledge. And walking in these up and down various terrain takes some skill and often requires duck tape for the holes in your new pants. But once mastered, the crampons allow you to walk up any icy surface until nearly vertical. This is where the ice axes come in; badass light weight picks useful for balance, but also for climbing.

I have read a lot of magazines and watched a lot of YouTube videos, and it looked so easy to do. Wrong. Ice climbing is not like rock climbing, proper framework and movement is essential to both types of climbing, including knowing how the ice axes interact with surface of the ice. Ice is elastic in nature, and every strike of the crampon on your foot, or swing of the axe has to count. Be hard enough to engage the ice, yet not too hard to make it difficult or use too much energy. And when you are climbing 150 meters or more, energy conservation is critical.

Oh, and you need to know what screaming barfies are. Screaming barfies are just as it sounds; it’s caused by the blood from your arms draining slowly while climbing, and the cold air starts to freeze your arms. Then when you put your arms down the rush of blood and the warming of your nerves can hurt so much that you either scream or barf. 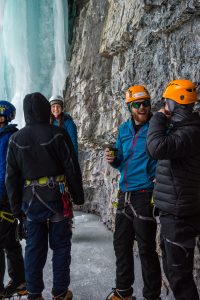 There’s also the fact that ice tends to form where water drains. This also happens to be where snow tends to pile up and melt, meaning that you are typically climbing beneath an avalanche hazard, or at the very least moving through avalanche terrain. That being said there are some creeks and canyons that can provide excellent climbing, just watch out for rock fall.

Combine all of this with the fact that its done in winter, in the cold, literally hugging giant daggers of ice. Fun!

The last technicality you need to know about ice climbing is that when you are lead climbing, you cannot fall. There is little room for error in ice climbing, as your feet have these metal spikes attached to them. If you take a lead fall while climbing with crampons its very likely that the crampon will catch the ice and can be bad news for your knees, legs and ankles. Combine all of this with the fact that its done in winter, in the cold, literally hugging giant daggers of ice. Fun!

I will say however that the art of climbing ice in invigorating, challenging and rewarding both with the sense of accomplishment as well spectacular views like this shot from ‘Beauty Creek’ out towards HW93. 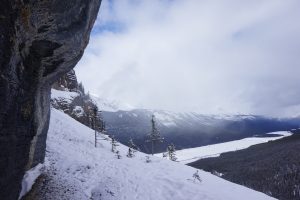