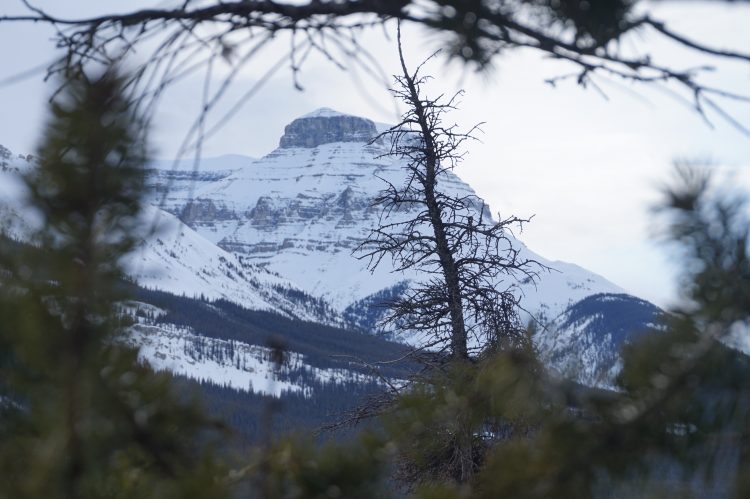 The planning of the great adventure has begun. Courses booked, routes are being planned, food is being prepared….and I am slowly starting to steel my mind for the months of sleeping alone in the wild. In fact I might argue the planning started months ago while trying to save money.

I have quickly learned that even if one does not care about money, it is sometimes necessary to have money to begin to do the things you love to do. Or it could be said that I have started planning or training for this nearly a decade ago when a close friend of mind introduced me into the world of long distance/long term hikes.  I suppose, for my own interest as well as (maybe?) others, I should start with an introduction of myself. Both to provide a background of who I am to readers, but also to myself. I will be the first to admit I am nervous about travelling through both popular and extremely remote areas of the rocky mountains for 3 to 4 months, solo. But to understand why I might attempt this I will look to my past for reasoning…or lack there of.

I was born and raised in Edmonton Alberta, spending much of my youth exploring the edge of city, the ravines and creeks and trespassing on nearby farmers fields.

I was born and raised in Edmonton Alberta, spending much of my youth exploring the edge of city, the ravines and creeks and trespassing on nearby farmers fields. As a child my father took my brothers and I camping a few times a summer, various trips accompanied by his brother (my uncle Bill) and my cousins. We ranged in age from probably (my memory is fuzzy thanks to college) 8 to 15. Our skills as campers ranged from ‘hopeless and will most likely die if ever lost in the woods’ to ‘I can start a fire with newspaper, a lighter….and a maybe a little bit of gasoline’. But everyone must start somewhere and we started like the best of families with children attempting to group camp. Usually a disaster that ended in laughs that would last a lifetime. Thus began my long time love of the outdoors, camping, hiking and eventually climbing.

I stumbled my way through junior high and high school, the occasional camping trip with family and more frequently with friends. In college, my close friend Chad invited me on a ‘hele-hiking’ adventure. Where a group of us would be helicoptored up into the mountains near a lake to camp and fish and would be picked up days later. My camping gear included a back-pack (The one for college as I couldn’t afford a real hiking bag), various snacks, a tent, some steak and a lot of whiskey. If your wondering if I forgot to mention a sleeping bag, I didn’t. I actually forgot my sleeping bag in Edmonton and camped a cold 3 nights in the alpines without a sleeping bag. Thankfully some donated extra clothes and a whole of whiskey kept me warm through those nights. And though a few of us banked a portion of our meals on catching fish, which none of us caught any, we survived on steak, steak bites, steak strips and steak chews.

Though the hele-hiking adventure could be seen as a monumental failure of ones ability to camp or prepare for camping, it set off a new passion for me. Camping in the mountains became something I longed for. Camping, navigating, exploring and surviving the outbacks of the mountain ranges as far as we could get from the highways was our goal. Chad and I focused on maintaining at least 3 trips a year, at least 4 days in length to various areas throughout the Whitegoat, Banff and Jasper areas. Chad vowed to help me find and remember the right  gear and in return I would carry the whiskey for us to drink.  Through the years our groups would vary in size and person, from 3 to 8, from short range to long range hikes, our rag-tag group of hikers self dubbed the ramblers. It is one thing I look forward to most through each summer.

Waking in the morning to a mountain view all of our own. The smell of a morning pot of coffee and de-hydrated breakfast. The evenings in which we would sit around a camp fire and play cards, sip a wee bit of whiskey and laugh under the stars so bright you did not need a flashlight.

Each trip that our group would complete, we would all become better at the skills of planning, packing, map reading, hiking and route finding, camping and travelling. Our packs may have started around the 40-45 lb mark on each hike, now we effectively pack for a 3 man trip for 5 days with less than 30 lb each. Having some cash available for lighter gear helps, but knowing what is critical to carry and what is not, what can be divided and what each person should carry one of, is critical to a successful and almost as important, comfortable trip.

As much as I thought I might die in that ditch, a liveliness awoke in me I did not know before.

In 2014 I was in a severe accident. Riding a motorcycle through the rocky mountains completing a loop from Edmonton West to jasper, down 93 to 11 to return to Red Deer. Unfortunately I did not make the journey and was hit near Lake Abraham. Multiple broken bones and fractures, road rash and lacerations to my body, bruised and broken I spent weeks in the hospital and even longer to recover. I could not walk properly or fully support myself for nearly a year. This is important to the beginning of this journey as something else happened. As much as I thought I might die in that ditch, a liveliness awoke in me I did not know before. Though I would have liked to have done this adventure earlier; money as mentioned above is important. And so I continued to work, but now with the goal of pushing myself beyond my fears, beyond my limits to chase a dream.

I have loved and spent much time living (really living) within the mountains and want nothing more than to share that with anyone willing to come along. To be a bit nerdy and quote a favorite show/book of mine “Its a dangerous business, Frodo, going out your front door. You step onto the road, and if you don’t keep your feet, there’s no knowing where you might be swept off to”.

So to kick-start my dream I have entered a ‘mountain skills semester’ with the Yamnuska group in Canmore to train for three months. This training includes everything from safety to ice and rock climbing, back country skiing, camping and cooking to mountaineering and alpining. A pipe dream of mine is to climb Mount Everest in 5 to 7 years, but that’s another blog.

In mid June I set out at the North end of the Rocky Mountains as they curve North-West through British Columbia, near Liard River. I intend of following the soft curve of the mountain range on the East side of lake Williston, travelling along to the Kakwa Park, joining with the Great Divide Trail (GDT) all of the way to Waterton lakes national park. That is my plan, that is my adventure, my calling.

The initial stage is the route finding along areas where there are no paths, no books, no blogs. Find a route, hope that it works. Really hope.

And so the planning has begun. Command centre is my basement bedroom suite that I rent from my friend Alex and his partner in crime Natalie, who have graciously allowed me a much lower rent rate while I am away. I have half of my room covered in topographical maps and books. Pined routes to maps taped to walls. Scales and rulers and bits of string to measure distances. Google Earth to double check. The initial stage is the route finding along areas where there are no paths, no books, no blogs. Find a route, hope that it works. Really hope. But that is what my years of experience and training will have prepared me for. Find and pick the route, verify the route, plan re-fuel stations by means of boxes mailed to post offices of nearby towns. Once all is settled and booked, start preparing the food, equipment and mailing schedule. Book the days, plan how to get to the trail head. Say goodbye. Start the first, of the biggest adventures of my life.